Louisiana now has 33 breweries after three several new breweries are getting ready to open their doors, if they haven’t already! Parleaux Beer Lab in New Orleans started brewing in March and is expected to have a soft opening early May. While Low Road Brewing of Hammond was just recently licensed to brew earlier this month.  The third new brewery, Royal Brewery, is making its debut in New Orleans East! Owners Raymod and Mandy Pumilia say they will begin brewing as soon as they receive permits. Their 30 barrel brewhouse is installed, and they are awaiting final approval from the city.

Another new brewery is opening up in the Marigny, Brieux Carre.  This brewery is made up of a couple of guys with a passion for all things beers and a brewery mascot dog named Barley who keeps them company.  Brieux Carre officially opens up on April 1.

In other beer news, Urban South Brewery on Tchoupitoulas Street just celebrated its one year anniversary on March 18.  With all this new hype on the craft beer industry- no wonder New Orleans has adopted the new hash tag #BrewsdayTuesday. 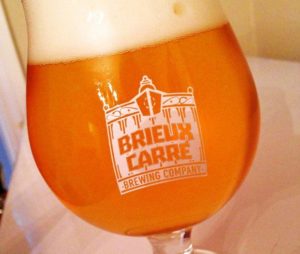